Re: Veteran with no ride home denied day surgery

I totally agree with what the hospital did.

I'm sorry if he is in pain but all he had to do was contact VAC and explain he had no one to drive him home or be with him for 24 hours. VAC would have then helped him explain to the hospital why he needed to turn his day surgery into an overnight surgery. 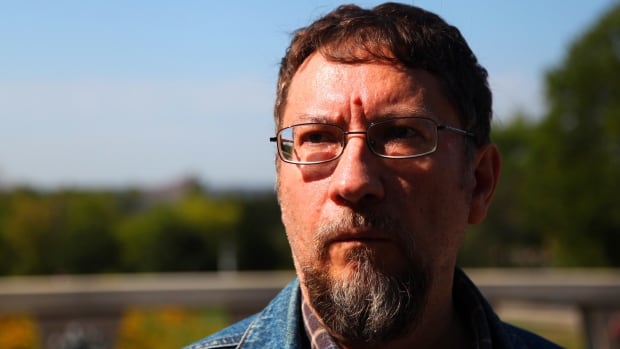 Canadian military veteran Viktor Velichkin's Sept. 22 surgery to remove a kidney stone was called off when the surgeon at the General campus of the Ottawa Hospital found out he was planning to take a taxi home following the operation.

A military veteran suffering from a painful kidney stone had his surgery at an Ottawa hospital abruptly cancelled last month when a doctor discovered he didn't have a ride home.

Viktor Velichkin, 54, told hospital staff before he was admitted on Sept. 22 that he planned to take a taxi home after the day surgery.

'After they discharge me, it's my business where I'm going.'
- Viktor Velichkin

"Logically, after they discharge me, it's my business where I'm going," the former Canadian Forces member said.

But a surgeon at the General campus of the Ottawa Hospital took a different view.

Velichkin, who lives alone, said he was given a hospital gown and an ID bracelet. When a nurse asked how he was planning to get home after the operation, he explained that he hadn't been able to arrange a return ride and planned to take a taxi.

When the surgeon learned that, Velichkin's surgery was abruptly cancelled and he returned home with a 10-millimetre stone still lodged in his ureter, the duct that carries urine from the kidney to the bladder.

Velichkin said he's in considerable discomfort, especially since painkillers prescribed by his own doctor ran out before his scheduled surgery date.

A spokesperson for the Ottawa Hospital said its policy doesn't permit patients who are recovering from the effects of anesthesia to return home unassisted, even if the surgery doesn't require post-operative care.

Sometimes patients are admitted overnight, but only if they make arrangements prior to the date of their surgery, the spokesperson said.

There are volunteer groups who will transport cancer patients, but there are no comparable services for people needing transportation following day surgeries such as kidney stone removal.

Velichkin, who was born and raised in the former Soviet Union, said the inflexibility of the hospital staff reminded him of attitudes he encountered as a young man.

"It's like an ultimatum, like in the Soviet Union. You do what we tell you, or it's Siberia!" he said.

Velichkin said the hospital should provide transportation home for patients who rely on taxis to get around. He said he hopes to reschedule his surgery for this week, but still faces the problem of how to get home afterward.

There are a lot of people in this Country who do not have family close by to assist them in situations such as this. You would think that the hospital would show some common decency, some compassion towards their fellow human being and make some sort of arrangement to assist individuals who find themselves in situations such as this. After all, he is a patient of that hospital, it does not look good in ethics for health professions when you throw someone out for something the patient has no control of. Shame on all of them!