I need some much needed advice....I am desperate!
About 5 weeks ago, my husband encountered four coyotes roaming on our hobby farm. He was unharmed but it did rattle his bones because the two of the coyotes displayed aggressive behaviour towards him. Normally, our area coyotes keep their distance but these SOBs are gutsy. Last week, three chickens and one of our Pygmy goat was killed and carted off. We flew a drone over our property and noticed that coyotes have made themselves a cosy den in the thickets near our back wood pile. We are now housing our chickens, rooster, goats and pig in our 3 car garage because the coyotes broke though our chicken coop and our small barn is not very secure. We have contacted the Ministry of Natural Resources but they were unable to help during the coyotes' mating season (February to March). They suggested that the pack should move on after the pups are old enough to hunt on their own. This is unrealistic....We don't have 3 to 6 months to wait and see if they move on because my husband has a farm to run, maple sap buckets to collect and a garden to plant.  They also suggest that we could trap the pack and release them somewhere else. DUH! No thank you! I don't tangle with anything that has a bigger bite than my own.  Plus, this does not help us either because live trapping in our township is not permitted. I know there must be a few veterans on this site that has experience dealing with these beasts or has wrestled a bear just for kicks during hunting season.

So does anyone have any suggestions on how to evict these coyotes? I don't own any rifles. I also don't know anyone who has a firearms licence or weapons of any kind. So killing them is out of the question. So far, we have tried what our livestock veterinarian had suggested... he told us to spray our property with a water and chilli powdered solution. It did nothing... However, they seemed to like it. So if there are farmers, hunters or Rambo's out there with any advice to help my husband and I with our predicament, it would be greatly appreciated.

without killing them ( crossbow ) . not sure what you can do . never came across aggressive ones . ive been able to keep non aggressive ones away from downed game for a short time by hanging my underwear in a tree above . with a den in place not sure any sent will help and may explain the aggression . some in the past would have left coolant out to poison them that is inhumane and should not be done .

best bet given your parameters would be lights and a loud noisemaker hooked up to a motion sensor placed as close to the den as possible between the den and your home .

If they are that much of a nuisance then I would really consider killing them in a manner without using a firearm. Like propat stated there are people who use more cruel ways to deal with nuisance animals such as coolant, poison or other means (use google for ideas). As long as there is food (e.g chickens, goats) that can be easily harvested by the coyotes then they will likely remain close to your farm. 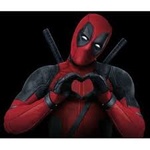 You could try wolf urine. Yes they sell it at feed stores and even amazon. Seems to only instill fear in females not so much for aggressive males. If you have seen a den it's probably for pupping.Spray above your knee height on fence or post. Higher the bigger the wolf will seem. Spray near den as close as you can. Be careful she will defend but might move on. Also try a night or two of fireworks.

Could also try a dog decoy. Will keep deer away as well. Good luck.

I had a friend a few years ago who froze paint balls then shot for their hind legs. It hurts but does not kill them and they disappeared after a few shots.

Update:
My closest neighbour who lives 12 kms down the road stopped by for his weekly order of eggs.  He informed me that the Ministry of Natural Resourse in Ontario has imposed a hunting and trapping ban on coyotes and wolves in my surrounding townships.  So the darn things are protected under the Algonquin Wolf Protection Campaign. I called the Ministry and indeed this information was correct. I can only move them passively from my property. They must leave on their own accord. (How can I move them "passively" on their own accord?)

Perhaps I could chase them out by telling them about my day. It works with my husband. I would ramble on about girly stuff and my husband would get so bored and annoyed that he would move into the other room and watch Netflix on his IPAD.

They also informed me that a large number of our area coyotes have sarcoptic mange which is a high contagious skin disease that can be transferred to my farm animals and humans. Their advice...once we chase out the coyotes, we need to destroy their den and trail path with a control burn of the area and the chicken coop and barn should be washed down with bleach/water. Anything that they touched should be washed.

So tomorrow morning my husband is travelling to the city in search of items you all suggested (Thank you).
Operation Passively Storm the Den is underway.
So far on our shopping list we have; bleach, wolf urine, bear bangers, smoke cannons, and paint balls and paint ball gun. We will only shoot the frozen paint balls near them since this is a "passive attack".  Is there anything else we should put on our shopping list?

sounds good just make them uncomfortable as possible for as long as possible . if you annoy them every day they will leave .

My husband and son wants to strap the smoke cannons to my son's remote control vehicle and drive it inside? Im wondering  if the smoke cannons have a long enough burn? My fears is that it will burn out before the RC reaches the entrance. They want enough space between them and the coyotes. Will this work?

By the Bay, if you had guns you would/should be exempt from the protective coyote law because you are a farmer with farm animals. Check your local bylaws or ask your municipal bylaw enforcement officer. I know here in Quinte West that farmers are allowed to protect their flock, barnyard animals, etc by shooting any predatory animals. That includes asshole neighbours who let their dogs run loose and mess with your chickens. To be clear, the dogs, not the neighbours. Additionally, you should be exempt from locking up your guns as you need them readily available and loaded to take care of business. Your bylaws may vary in your municipality but do check into it to see what your legal rights are as a farmer. It might just be time to take a hunter safety course and get yourself a rifle/shotgun to protect your livestock or risk losing them all to coyote. In the meantime, buy some loud fireworks and point it all at that coyote den while the ground is still wet and give those coyote a welcome they won't forget without starting a wildfire. If I lived closer I would offer my services just for the target practice; that is what fellow farmers do for each other. Best of luck!

Rifleman wrote:Ok there may be a law against shooting coyotes and other fur bearing animals however if they are a nucens ie taking down livestock or poultry they are open game if you are not able to do it yourself because you just don’t want to you can by law higher a trapper come in and remove them and most trappers I’ve dealt with will do it free of charge do to the amount they will receive for fur you can try all the other things other personal have posted but by my own knowledge with this problem is that they are in a pack they will not stop until they have gotten every animal I went through the same thing

The Conservation Officer I was speaking to suggested the same thing. It's  going to be very difficult to get rid of them when they are living in a pack. He expressed that there's nothing they can do to stop the repetivate visits until the Minister lifts the hunting and trapping ban. The coyotes are usually intimated by our presents on the farm but this pack of coyotes are gutsy. Our game camera caught them circling our house at night. I am hoping that our methods will scare them off and if not I will need to look at other options provided by the Ministry and pay for animal control to deal with them. But again they won't deal with the coyotes until mating season is over because they are too aggressive to trap. We may need to move our animals and board them in a more secure location until the threat is gone. Housing them in our 3 car garage is only a temporary soluation. My Husband will be looking to beef up our chicken coop and barn so hopefully wild predators won't break in. Maybe adopting a donkey should be in our future plans. We started our small hobby farm 2 years ago so we are new to all this off the grid and self-sufficient lifestyle. We love it but there is always somethings to deal with.

I used to live your neck of the woods. My sons went to Bayside Secondary School hence my user name By the Bay (Good old Bay of Quinte) I sunk my husband fishing boat near Zwick's Island Park.

I miss the area.
My Husband is thinking about getting his firearms licences and purchase a few rifles for security reasons. We have a few Fishers on our property to that needs to get the boot as well. Nasty little buggers. We are going back and forth with our township By-Law Officer and the Minstery's Conservation Enforcement Officer. We are working with the authorizes to avoid fines because my township doles out fines over silly crazy things. My husband built me a 3 x 12 foot white picket fence as a back drop for my roses in my flower garden. We were ordered to dismantle it because we didn't have a permit to build one. We kick ourselves in the butt for not buying  property in an Unorganized Township. The land taxes would have been a heck of a lot cheaper and there would have been fewer rules to follow.

by the bay not sure about the burn but it will defiantly pee them off and that's what you want. thing is I wouldn't count on getting the RC back at least in working order .

build a waterproof shelter with an open face big enough to house a cheep outdoor motion sensor light and a small loud stereo . get a plug in extension you know one of those things that screw in the light socket with a plug in on the side where you can plug your stereo into . mount in a tree between the den and hose as close to the den as possible with the sensor pointing at the den .